When asbestos was newly invented and its harmfulness was not known, it was used heavily in many industries of which automobile industry was one. Asbestos was used in gaskets, brake pads/shoes, internal combustion parts and many other parts of vehicles.

The heavy use of asbestos was owing to its unique ability to insulate as well as stop heat transfer, making it perfect for any automobile applications which have to deal with friction-based brakes and internal combustion.

Due to this, many people working in the automobile industry, such as technicians, mechanics and the employees in the automotive manufacture plants are at risk of dangerous exposure to asbestos.

Although asbestos was forbidden in most industrial and other applications in the United States in the late 1970s under the Environmental Protection Agency and Consumer Product Safety Commission, many older automobile components still consist of this harmful toxin.

Asbestos can be seen in trace quantities even in newer products. A person who regularly comes in contact with these products has a potential risk of suffering from asbestos cancer.

Therefore, while importing a vehicle from the United States to Australia with the help of Dazmac International Logistics, you should be extremely careful and should check the vehicle for asbestos.

Points at Which Exposure is the Most Likely to Occur

The dangerous thing about asbestos is that it is microscopic and therefore difficult to find. However, it’s a durable compound and therefore it’s perfect for including in many industrial mixtures and compounds.

For example, it can be used in brake linings, blended in paint or woven in fibreglass. The interesting thing to note that when it’s sitting in a compound, asbestos is not dangerous; it should come in contact with air to become harmful.

However, when asbestos gets freed from the compounds in which it is used in automobile parts, it’s inhaled. Again, for being released in the air, asbestos should be “friable” i.e. it should be able to easily crushed or minced by applying pressure but not higher than that of human fingers.

Processes which leave asbestos or asbestos-filled objects friable are commonly practised in the automobile manufacture and repair works.

Simple procedures such as sanding down of brake linings or rotors can easily emit asbestos in the surrounding air, causing a danger to those in the area of inhaling asbestos.

Once inhaled, asbestos cannot be easily ejectedby the body from mesothelium, the thin layer of inner tissue of chest as well as abdominal cavities. Fibres of inhaled asbestos primarily cause serious respiratory conditions such as asbestosis and mesothelioma, a rare type of cancer.

One of the most common automobile components known to consist of asbestos is brake construction. Asbestos is used in brake pads, rotors and shoes. To work properly, brakes depend on the forces of friction. Friction gives out a great amount of heat, against which asbestos insulates.

The job of hood liners was to protect the underside of vehicle’s hood from engine heat. Not only hood liners but all other parts of cars that were likely to undergo heat damage were insulated with asbestos.

Heat seals were meant for the protection against heat transfer in several engines and other automotive body parts.

Even clutches are designed to tolerate a high amount of friction and crushing. Asbestos was used in clutches to protect them against wear and corrosion.

Thus, there are so many parts in older vehicle which might contain asbestos. In such a situation, it’s advisable to hire Dazmac for cleaning asbestos in imported cars and save yourself and your family and friends from the hazard of asbestos.

My name is William Hardy. I am always looking for new ways to get more involved with the automotive industry. 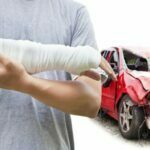 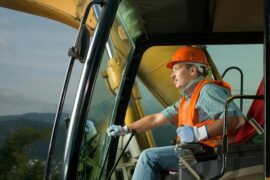 What Does a Heavy Equipment Operator Do? 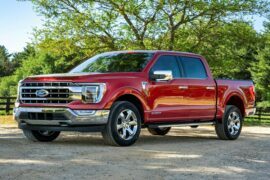 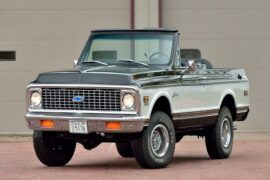 Ways To Make Your Classic Car or Truck Last Longer