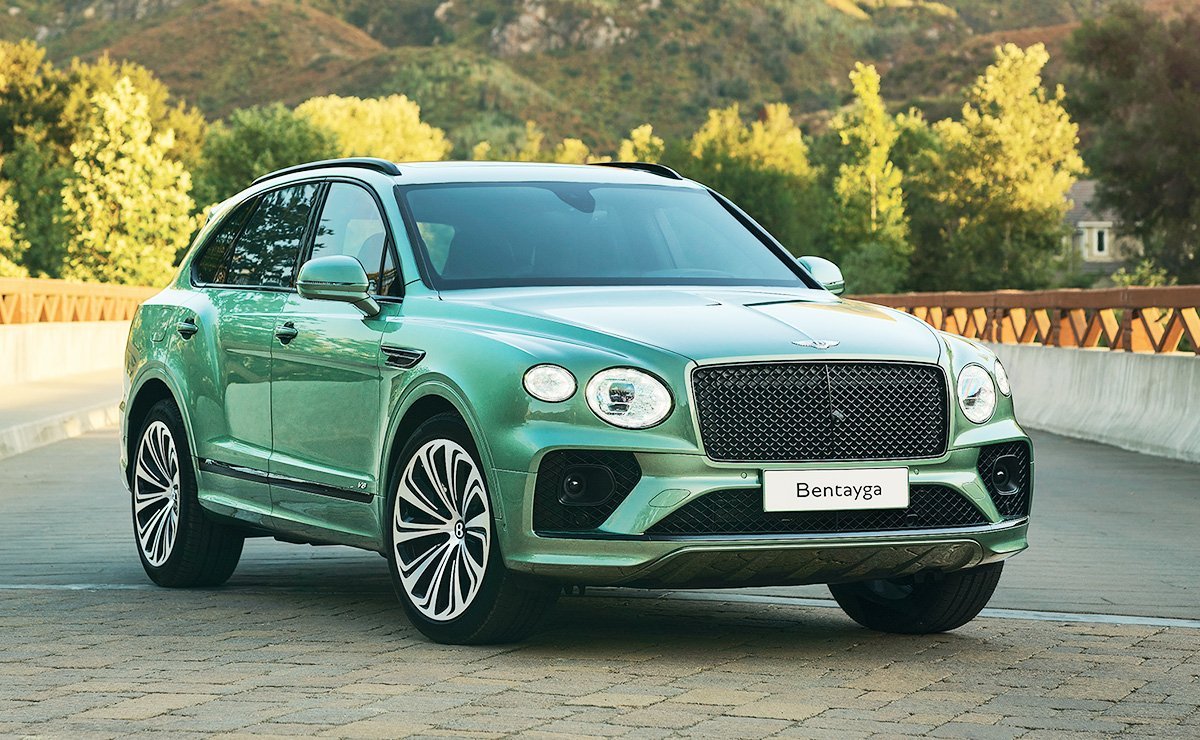 The SUV segment of the automotive industry is undeniably one of the more popular categories these days, with families and young adults invariably impressed with its size, power, and handling. Lots of car brands obviously offer their own take on the SUV, but the Bentley Bentayga sure is different. It stands above the rest when it comes to its premium quality. It’s simply a force of nature.

Let’s start with the base engine, which is just powerful. It’s a twin-turbocharged and intercooled DOHC 32-valve V-8, with aluminum block and heads and direct fuel injection. From this you get 542 hp (at around 6,000 rpm), along with a hefty 568 lb-ft of torque. The W-12 is even more powerful, offering 626 horsepower.

That’s enough engine power to give the Bentayga a speed performance that other sports cars would envy. It can go from zero to 60 mph in just 3.6 seconds, and it takes only 9 seconds to go from standstill to 100 mph. Finishing a quarter-mile race will need only 12.1 seconds, while reaching a top speed of 115 mph along the way.

The Bentayga can even reach a top speed of 190 mph. That’s astounding for an SUV, and Bentley claims that it’s the fastest SUV there is. Folks at Lamborghini (who make the equally fast Urus) will contest that claim, but there’s no arguing that the Bentayga is simply fast.

This is where the trouble starts for eco-minded buyers. It’s not enough the prices for Bentley Bentayga models aren’t exactly on the low side. The base V-8 version will cost you about $185,000 at the very least. Go for the powerful W-12 version, and you need at least a quarter of a million dollars.

Its gas-guzzling ways don’t help, either. Even the base engine doesn’t impress in terms of fuel economy, as you only get 14 mpg when driving in the city. It improves to 23 mph when driving on the highway, but that’s not really good. Combined, you get 17 mpg.

The stats for the W-12 are even worse, understandably, with 14 mpg combined. You only get 12 mpg in the city, with 17 mpg on the highway.

Bentley is renowned for its luxurious appointments, and the Bentayga interior doesn’t disappoint. Since you’re basically allowed to customize just about everything, you’re at fault if you find something wrong. For the most part, you really can’t do anything wrong with luxurious-smelling leathers, genuine wood trim, and shiny metal accents.

For the leather upholstery, you have lots of different colors to pick from. There are even 2 mother-of-pearl-faced Breitling dash clocks you can choose from. The ambient interior lighting is adjustable to suit your needs or mood. Rear-seat passengers can enjoy a cool drink with the bottle cooler out back. For your pricey stuff, there’s even a safe secured by a fingerprint reader and a biometric lock.

You can opt for the simple 4-seater, but another option seats 7 people. That involves a 2nd-row bench that seats 3 people across, along with a 2-seater on the 3rd row that pops up.

The 2-row version also offers a lot of cargo space, which comes in handy for large grocery purchases and camping trips for the family. You can fit in 9 carry-on suitcases in the cargo area.

Every Bentayga comes with the standard 10.9-inch infotainment screen with navigation, and Apple CarPlay and Android Auto integration. The 12-speaker stereo is also standard, and it sounds great. But you can upgrade this to the Naim premium audio system, with 20 speakers.

You can also get the optional entertainment system, which offers a couple of 10.2-inch displays mounted to the headrests of the front seats. This is great when you have passengers in the rear seats, as they can use the displays to okay movies, go online, or fiddle with the infotainment system.

By all reasonable standards, the Bentley Bentayga is a huge success. It’s the main reason for the recent resurgence of the Bentley brand.

Sure, there’s lot of room for improvement. Many modern consumers also bemoan the lack of a hybrid or electric option. And that changes things for the future.

So, what does that mean? It means that for now, Bentley is rightfully enjoying its rewards with the Bentayga. It’s a compelling model, despite the simple fact that it’s still just a midsize SUV. But in the future, its woeful fuel economy will no longer make sense, in the light of the increasing popularity of electric motors and hybrids.

Thus, for now, enjoy the Bentley Bentayga if you can. But it won’t be long before even its most fervent fans realize that its gas-guzzling habit just isn’t good enough anymore.