If you have been wondering whether seasonal fluctuations have anything to do with car shipment costs, this article will put the record straight. As with most businesses, seasons often determine the cost of service and overall consumer experience. This fact probably doesn’t surprise most car buyers and sellers.

However, once you begin analyzing the specifics, you will get a clear picture. Only then you’ll be able to make informed choices regarding NJ to FL auto transport services.

The beginning of the New Year isn’t just time for making new resolutions. It is also a time when most Americans return home after a month-long holiday season. Car shipping companies aren’t different and usually get back to work after the Christmas break. People still book shipments during this break, even when fewer carriers operate throughout December.

That means the first two or three weeks of January are often chaotic. It is also the year when snowbirds make arrangements to head north. This means thousands of people booking car shipment services. If you must get your car transported in January, act fast.

Generally, Feb is a slow month in terms of car shipments and costs. No rush, and you can easily ship a car from New Jersey to California or other states within a short period. However, choose auto transporters wisely because some companies don’t adjust their prices. You might pay the same price you would during the January rush. So, compare quotes from different companies.

Once temperatures start to normalize in March, the snowbird season kicks in. During this period, most snowbirds are heading back to their cool houses in the north. If you plan to head north, keep in mind that the cost of both open carrier and enclosed auto transport from south to north will be increasing. There is also an increasing demand for vehicle transportation services during this period.

During the summer, most relocate because they are probably switching jobs. Besides, it is the best time for families to move because children won’t be in school. During this period, car purchases increase. And most college students opt to ship cars between June and August because they are heading home for the summer holiday or preparing for their return to school in the fall.

Generally, the cost of transporting vehicles during the summer increases steadily. But things are likely to get out of hand around the 4th of July. Similar to Christmas, it is a time when many shipping companies let their employees spend some time with their families. The result is that fewer carriers will be operating, and the prices are likely to go higher.

One of the most convenient times to transport your car across the country is during the fall. There are fewer reasons this is true. Average temperatures are moderate, and there are few vehicles to be shipped in September, October, and November. During this three-month period, you can expect affordable prices and quick services. Remember, the cost of car shipping services will also depend on your preferred MA to FL shipping company.

I am Darius Mo. The founder of this website and also a car lover. I like to share the information about the auto industry with you.

Four-Wheeled Vehicles You Need In Addition To Your Car

Why Should You Rely on Mechanics? 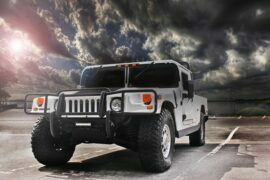 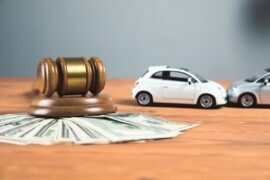 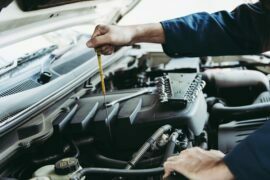 Things To Know About The Vehicle MOT